Venerable Master Chin Kung AM, whose formal name is Hsu Yae Hong, is an eminent monk in the Pure Land school of Mahayana Buddhism. Born in 1927 at the Lujiang County of Anhui Province, China. Master Chin Kung studied Buddhism and the classics under the guidance of the great philosopher, Professor Thomé H. Fang; the Janggya Hotogtu, the renowned Mongolian monk of the Tibetan Buddhist tradition; and Mr. Li Bingnan, a lay practitioner and master of Buddhism. During the ten years that Master Chin Kung studied with Mr. Li, he has studied numerous sutras and inherited the Pure Land school cultivation method after Mr. Li’s teacher, Master Ying Guang, who was the renowned thirteenth Pure Land Master. 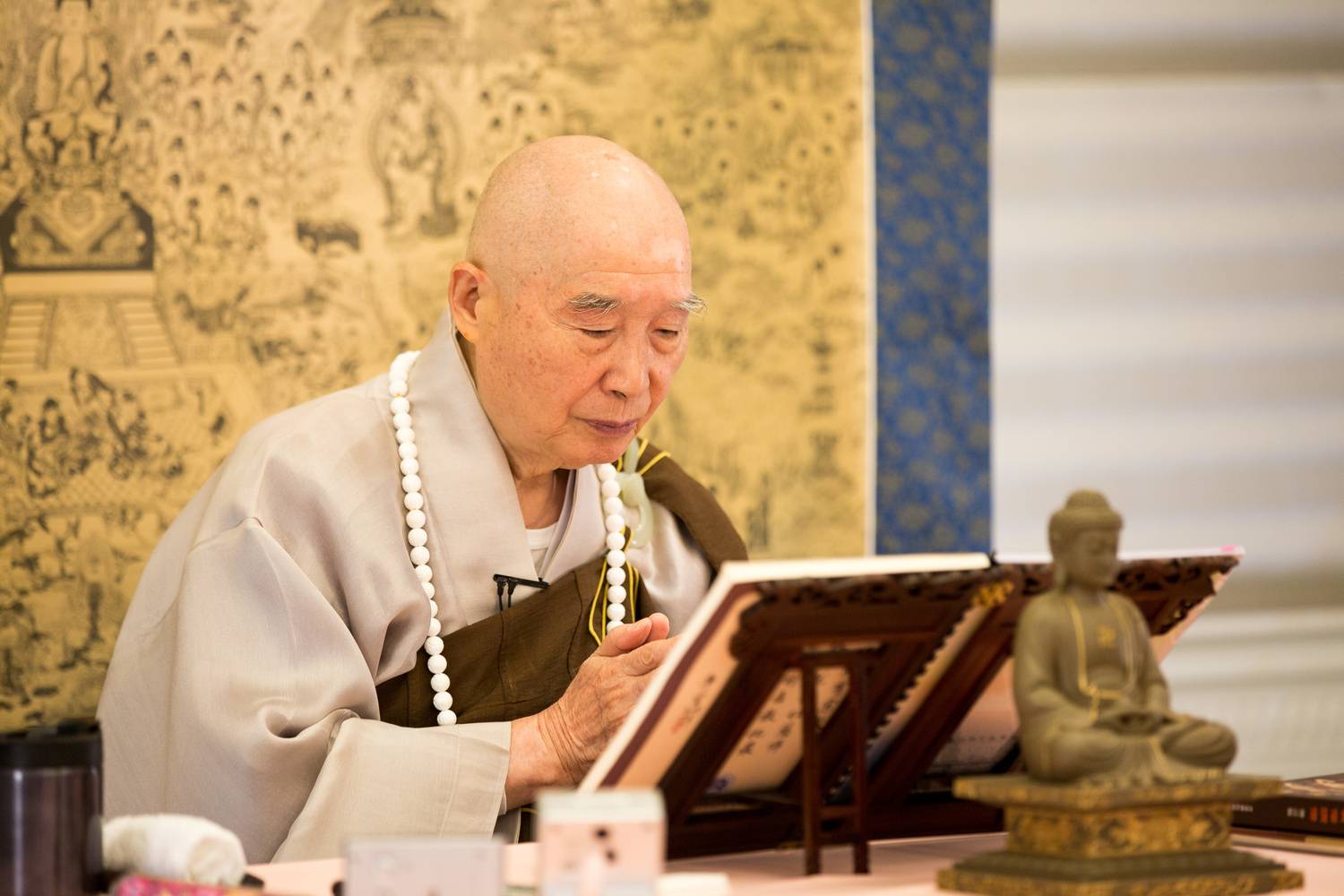 Learning from the Buddha who had great compassion for people’s sufferings, Master Chin Kung wishes to halt the decline of the proper teaching of Buddhism. This is why he has been lecturing nonstop for the last sixty years. He advocates for Buddhism to return to the form of education. He has lectured widely on sutras from various Buddhist schools and he believes that the Pure Land school method is the way to go forward. He dedicates his life to teaching and he has traveled around the world, always greeted by record audiences, to conduct lectures and seminars. For sixty years, Master’s teaching schedule has not paused. It is his hope to bring more benefit to all beings through education.

First to utilize the internet and satellite TV station to broadcast lectures, his Dharma teachings has audiences from around the globe. Dedicated Pure Land associations are established in many locations across the world as a result. Master Chin Kung has also committed in making great quantity of the classical sutras, Buddhist Canons, and audio and video teachings materials freely available for all people around the world. Master has also initiated training, educational courses and programs to nurture future teachers of Buddhism. He supports and donates extensively towards the establishment of Buddhist University as well as restoring the three traditional denominations of Buddhism.

The wish “to carry on the lost teachings of saints and sages in order for all the future generations to enjoy peace and prosperity” is the reason for his dedication to restoring traditional culture. Master promotes ancestral memorial services, establishing ancestral memorial halls as well as initiating the production, distribution, promotion and preservation of the “Complete Library of the Four Branches of Literatures” and “The Essence of the Complete Library of the Four Branches of Literatures”, Governing Principles of Ancient China and many other important classical writings. Master Chin Kung has established demonstration points to showcase the importance and effectiveness of traditional culture which rely on Confucian, Taoist and Buddhist teachings to transform people and realize social harmony. By establishing academies of Sinology, nurturing future teachers in Sinology, by establishing schools from kindergarten to high schools based in traditional values, Master has dedicated much in nurturing future hopes for continuing the teachings of saints and sages. 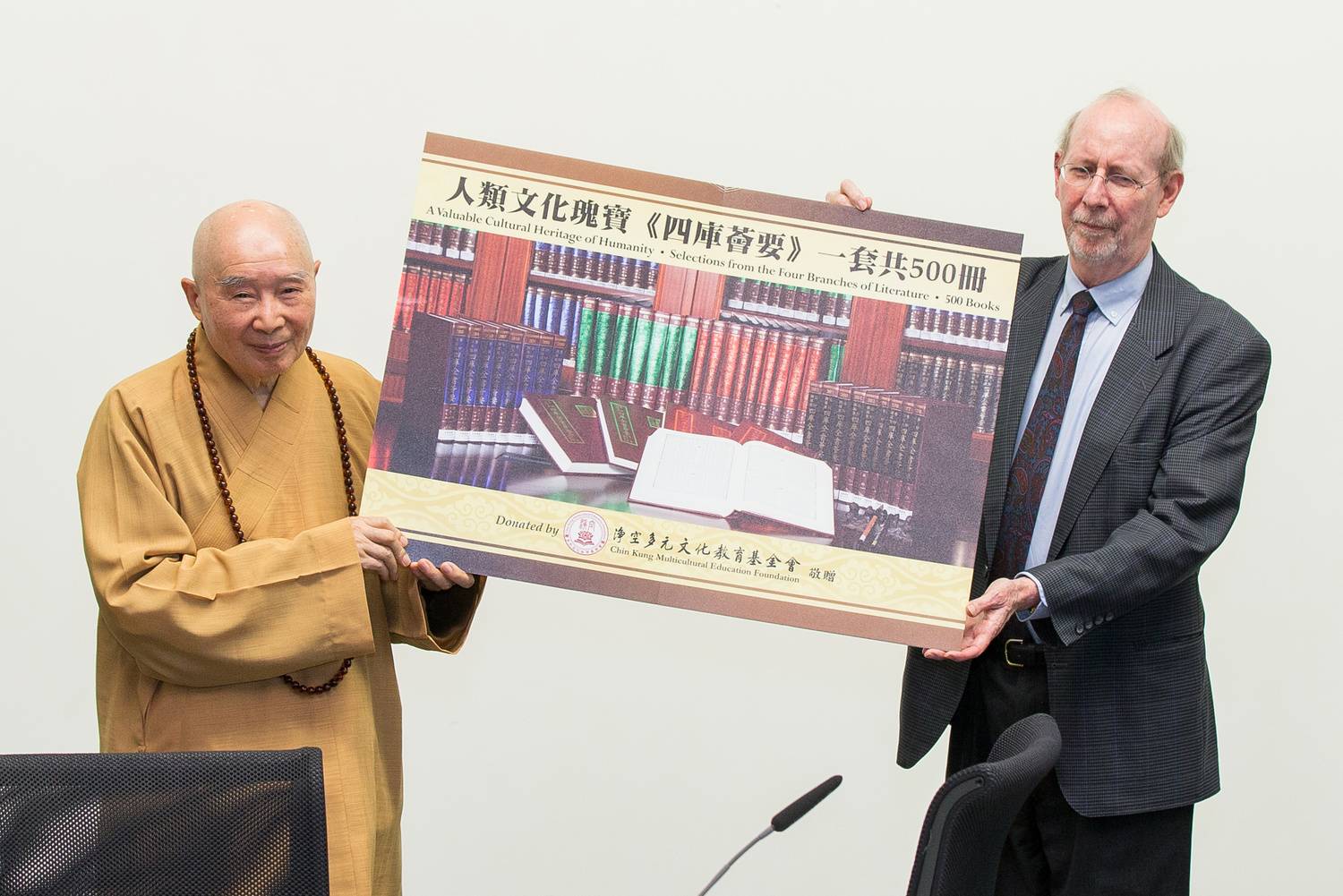 Master believes that learning from each faith and religion is important. Projects have been initiated so that essential teachings from each faith and religion is collected and published so it is easier than ever to learn from one another. Since 2006, Master has been bringing the idea of peace and harmony among faiths and religions to UNESCO and he was invited to establish an office in the UNESCO Paris headquarters. He spends much time discussing the ideas that God loves all people and how to achieve lasting peace with many representatives from different countries there. 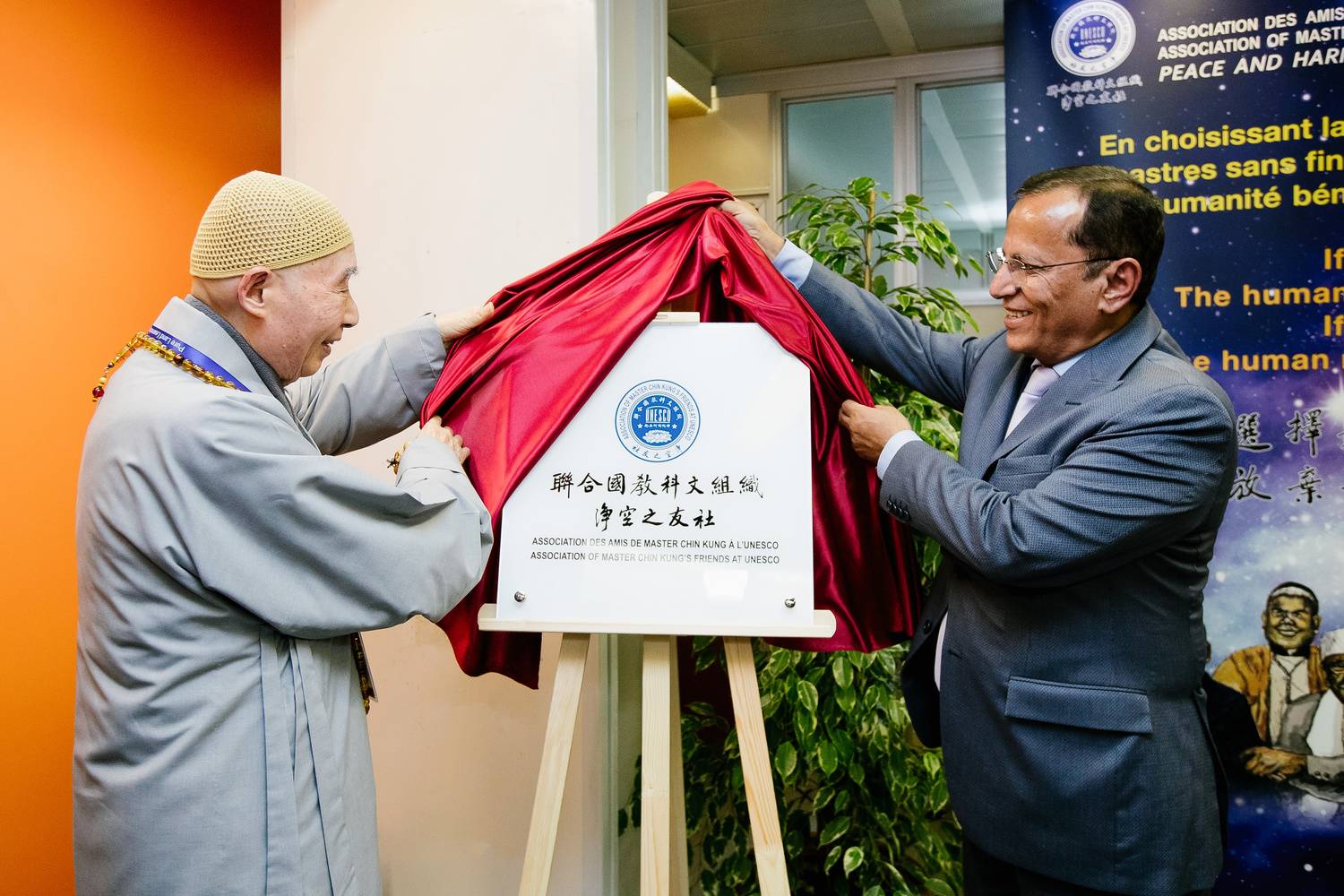 Throughout his life, Master Chin Kung follows the principles of “sincerity, purity, equality, proper understanding, compassion; see-through(to the truth), letting go, freeing mind, according with proper conditions and being mindful for Buddha Amitabha”. The distinctive themes of his lectures are compassion and universal love, and that self-cultivation is critical and education is essential. The true value of his life is sincere respect, humility and harmony, and to help all beings to break through their delusion and achieve awakening, and to eliminate sufferings and attain happiness. As a Buddhist practitioner, Venerable Master Chin Kung is truly someone who has dedicated his life to achieve the ultimate goal of “love permeates all the realms, kindness fills our world”for all of us.